My Readers are THE BEST! Part 2

April 09, 2013
Part 2 of my series showcasing my fabulous and talented readers!  My readers are always asking me which actors I'd pick to play the various characters.  And I never know who to say because I'm not up on the current crop of young actors.  For Yelena I do like Summer Glau from the Sarah Conner chronicles - she played the terminator/body guard and some of you might know her as River from Firefly, but she'll probably be a grandmother by the time my books are ever made into movies.

JanYves Stewart designed wallpaper of a few of my characters and he picked a few actors to play Yelena, Ari and Janco.  Take a look: 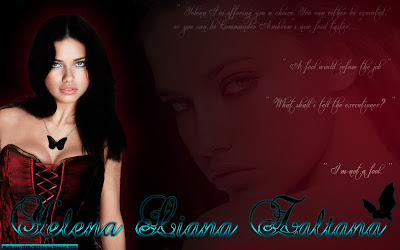 The writing are quotes from POISON STUDY: "Yelena, I'm offering you a choice. You can either be executed, or you can be Commander Ambrose's new food taster." [Valek]

"A fool would refuse the job."

"What shall I tell the executioner?" 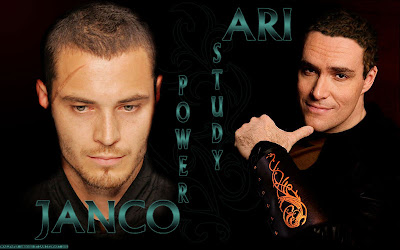 I'm not sure who these actors are - I think Janco is a great match.  Ari is a little different than I'd imagined - Ari is blond and muscular like a rugby player.
And Joy Kenney thought my short story, ICE STUDY should have a cover and she made her own (purely as fan art): 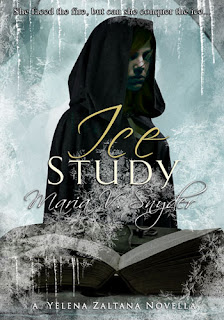 
My readers have also been inspired to make videos.  Here are a couple about Yelena and Valek:
http://www.youtube.com/watch?v=9ZSfvXw7c5I

And there's even a Spoof of POISON STUDY - which I thought was funny (apparently the high school boys were annoyed to be assigned a "chick book" to read):