Showing posts from January, 2014
Show all

Q&A with the author behind Intelligence! 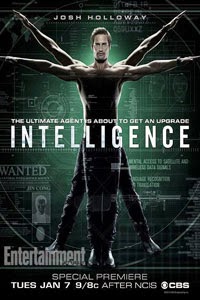 For more info on the show: http://www.cbs.com/shows/intelligence/ Here's the short version - John Dixon, debut author of PHOENIX ISLAND (out today) - the book that spark interest from Hollywood and became the premise for INTELLIGENCE a new TV series on CBS (premiers Tuesday, January 7, 2014 at 9:00 pm Eastern/8:00 pm Central).  For information on how this all happened see the Q&A with John for the long version. Reasons I hate John: The book is fantastic - it's well written, action packed, well crafted characters and satisfying ending.  He has a TV show based on his book - his FIRST book - what a brat, I've 12 books and had no interest from Hollywood.  He's a nice guy - smart, funny, kind to small animals.  He's into boxing and martial arts so he knows his stuff and it shows in the book. Reasons I love John: See above :)  I met John through the Seton Hill MFA program when he signed up for my Fantastic Fight Scenes workshop.  I brought a bunch of rubber k
17 comments
Read more
More posts