Showing posts from 2017
Show all

Thanksgiving Give Away Extravaganza! 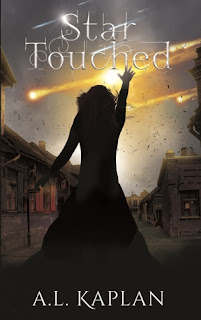 Hello!  Today I'd like to introduce you to A. L. Kaplan, the author of STAR TOUCHED.  She's a super lovely lady and talented author.  I had the pleasure of reading her book a few months ago for a potential blurb, which I happily provided. She is also offering to give away 2 copies of STAR TOUCHED to two lucky winners.  To enter, go to the Rafflecopter form below. It's limited to US and Canada only. Here's the cover blurb: Eighteen-year-old Tatiana is running from her past and her star-touched powers. Her power to heal may be overshadowed by more destructive abilities. Fleeing the persecution of those like her, Tatiana seeks refuge in a small town she once visited. But this civil haven, in a world where society has broken down, is beginning to crumble. Will Tatiana flee or stay and fight for the new life she has built? Only by harnessing the very forces that haunt her can Tatiana save her friends and herself. TAKE 10 with A.L. Kaplan: 1.) How did you get the i
20 comments
Read more 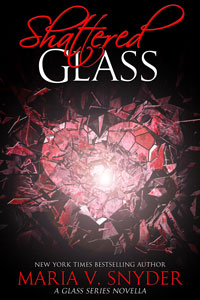 Now that the excitement of DAWN STUDY's release is winding down and the feedback I've gotten has been super fantastic, I'm giving away 20 copies of SHATTERED GLASS' audio book - narrated by the extremely talented Gabra Zackman. If you haven't read SHATTERED GLASS - it's an eNovella about Opal and the story events happen after NIGHT STUDY and go into the beginning of DAWN STUDY. Here's the cover copy: While trying to teach her adopted daughter, Reema how to work with molten glass, Opal receives a letter from Master Magician Zitora Cowan requesting Opal's immediate help. Zitora resigned from the Sitian Council over two years ago to search for her lost sister and no one has heard from her since. The letter is probably a trick, but Opal refuses to pass up the opportunity to help her mentor who may be in genuine trouble. Good thing Opal isn't that easy to fool and, with her two soldier friends, Nic and Eve providing backup, the three travel to a sm
28 comments
Read more

It's that time of year again, which means a new book! And to celebrate the new release, I'm doing another blog tour with RockStar Book Tours. Below are the links to the tour stops. As usual, I'm offering 10 copies of DAWN STUDY as prizes so make sure you check out the various posts and reviews throughout the tour. Speaking of reviews, DAWN STUDY received a Top Pick 4.5 Star review from RT Book Reviews . They said "After an amazing run, über-talented Snyder brings her fantastic Study series to a close. Ever since being introduced in Poison Study, Yelena Zaltana and Valek have been truly riveting and unforgettable characters. As this series has evolved, Snyder has continued to build a remarkable world as well as develop a host of powerful secondary characters. Snyder really doesn’t disappoint, as Dawn Study is a fitting and thrilling conclusion to the remarkable journey of Yelena and Valek. Huge kudos to Snyder for a job very well done!"  YAY! We're hav
7 comments
Read more
More posts