August 08, 2018
Wow - it's dusty in here! And look at all the spam comments I need to delete. Sorry, I have to admit, I'm not a blogger. So why keep my blog? Because this works when I wish to do an interview and giveaway with a fabulous author. I thought I'd be doing more of these, but this year has been BUSY. I use Facebook to post updates and fun things so that's the best bet. Maria's Author Page

Speaking of fabulous authors, Lynette Noni's US debut YA book, WHISPER was published this summer and it's wonderful! I have an extra hardback copy and an ARC to giveaway - see the Rafflecopter below. I met Lynette in Australia when I was there for SupaNova Con. She is the sweetest person, beautiful both inside and out! Her The Medoran Chronicles are chewing up the Australian Bestseller charts and now she has a book published in the USA! She took some time out of her super busy schedule to answer my Take 10 questions about her US debut, WHISPER. 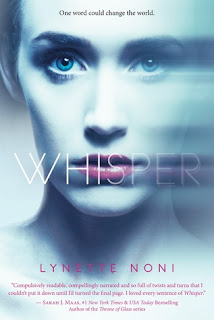 Here's the cover copy:
Lengard is a secret government facility for extraordinary people,” they told me.

I believed them. That was my mistake.

There isn’t anyone else in the world like me.

For two years, six months, fourteen days, eleven hours and sixteen minutes, Subject Six-Eight-Four — ‘Jane Doe’ — has been locked away and experimented on, without uttering a single word.

As Jane’s resolve begins to crack under the influence of her new — and unexpectedly kind — evaluator, she uncovers the truth about Lengard’s mysterious ‘program’, discovering that her own secret is at the heart of a sinister plot … and one wrong move, one wrong word, could change the world. 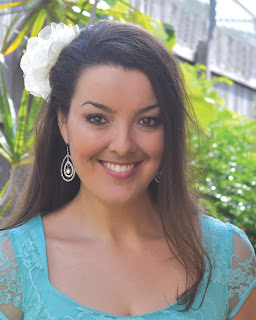 1.) So this is a standard question, but one I always enjoy reading the answer. How did you get the idea for Whisper?

A few things came together all at once to inspire the creation of Whisper. Mostly, it was that I was awaiting the edits for the second book in my other YA fantasy series, and so I felt like I shouldn’t start drafting the third book until I learned how much needed to be changed. But I also desperately wanted to be writing something, so I considered what kind of message I wanted to be sending at the time. It came down to me being in a bit of a dark place where I felt like I was trapped in my own mind, and almost like I was screaming but no one could hear me. So the concept of Whisper came from that, in a way; the desire to have a voice — and to be heard, while also bringing across the importance of words and just how powerful they can be.

2) Jane Doe is an interesting character. Did she pop into your head fully formed or did she develop as you wrote the book?

A bit of both. I like to trust my characters to write themselves onto the page, so to speak. The opening line — “They call me Jane Doe” — came to me really loud and clear, and from that, Jane’s character started to develop and grow as the mysteries surrounding her began to unravel.

3.) Why fantasy? Is there something special about fantasy that draws you to write in the field?

I just love the fantasy genre — I love writing it and I love reading it, much of which is because of the escapism it affords. There’s nothing more wonderful than stepping into another world and going on adventures with characters you adore!

4.) The magic in the book is rather unique. Can you explain how it works?

I want to be careful with spoilers here, so I’ll only use the tagline of the book: One word could change the world. (Literally in this case!)

5.)  How did you become a writer? Is this what you saw yourself growing up to be? Or did it take you by surprise?

Actually, I never wanted to be a writer. (I didn’t even particularly enjoy English class in school — shhhh!) [Maria: me, too! I hated writing in school! Your secret is safe with me ;)] But I was always an avid reader, and after I finished university I was in a terrible reading slump, so I decided to try and write the book I wanted to read. My debut YA fantasy novel, Akarnae, was a result of that decision, which led me to where I am today.

6.) Do you have a writing routine? Talk process for a moment, are you a pantser or plotter or plotser (a hybrid of the two!). How do the words get on the page?

For the most part, I’m a pantser. I like to be surprised as things happen, almost like I’m reading it rather than writing it, though I do like to have a few points that I try to work towards. However, in saying that, I had to very carefully plot out the entire sequel to Whisper because there are just so many twists and turns, and I had to make sure everything was going to come together (and make sense), so in that case, I was 100% a plotter. My preference is definitely to be a pantser, though, or some combination of them both.

7.) Office? Closet? Corner of the living room? Do you have a set place to write?  A favorite?

I like to write in my room, where I’m most comfortable. Preference is to have dead silence and no distractions, but I’ve had to learn how to write anywhere, be it in airports or on airplanes, in cars, or really any place that can help me meet my deadlines!

8.) Whisper is your American debut. Have you experienced a difference between publishing in Australia compared to the US?

Probably the biggest thing is that I already had an established fan base in Australia, which made things easier sales- and hype-wise upon its release, whereas in the US, it was like starting from scratch all over again. So that was a bit of a challenge, but also exciting. It’s also weird (in a good way) when people send me photos of Whisper in like Barnes and Noble, etc. because it just makes it feel all the more real (and surreal), knowing it’s available on “the other side of the world”.

9.) What else do you enjoy doing besides writing? Interests? Hobbies?

I live near the beach on the Sunshine Coast, so it’s always nice to go and spend time by the water. I also enjoy the typical things — spending time with my friends and family, baking, watching movies, and (of course) reading!

I’ve just finished writing two books back-to-back within the space of about four months (eeek!) — one was the sequel to Whisper (hopefully more news soon on the title and release date), and the other was something I can’t talk about yet but it’s super exciting. I’ve now just jumped straight into the edits for the final book in my six-book YA fantasy series that started all this, so things are definitely busy, busy, busy. This is a three-book-release year for me, with my next book, We Three Heroes, releasing on August 29th, and next year is shaping up to be another three books again, so to be honest, I’m very much looking forward to having a bit of a holiday soon! That said, I’m so looking forward to everything that’s coming next, and starting on a completely new series soon! 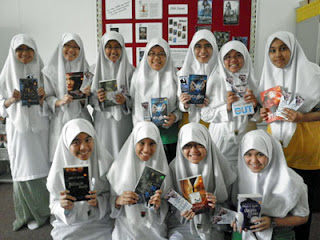