Yelena is captured and goes through the motions of tasting the Commander’s food.  The Commander is a blank slate and follows Brazell’s orders.  The Commander’s advisors are soon affected by the Criollo and Yelena realizes her time as a prop is soon coming to an abrupt end.

When I re-read the scene at the factory producing Criollo, I realize that wasn’t really necessary to advance the plot – the link between Criollo and the Commander’s strange behavior had been established.  However, I’ve visited a couple chocolate factories and done so much research, I thought it’s be fun to show how chocolate would be made by a society that didn’t have electricity and other modern technology.

Having grown up in the manor house, Yelena has an advantage, but still her escape from her room isn’t without a few problems.  Once free, she relives her days as an acrobat and focuses her magic on her surroundings.  It’s hard to describe, so I say she “projected her awareness” out into the woods, and connects with Irys.

Irys is after Kangom/Mogkan – he has managed to strengthen his power and is using Theobroma (a.k.a. Criollo).  And we all now know that Theobroma means “food of the gods” from Chapter 10’s notes. :)  Every so often, I’ll get an email from a reader who has discovered the connection of Theobroma to chocolate or to Criollo.  Many times they’re excited and wonder if I knew about it.

This is where a reader learns that it is possible to augment a person’s power.  Diamonds and using other magicians are two methods.  The magicians need to be in a precise pattern.  But, you say, Leif has given his “power” to Yelena – not really.  Magicians can share energy so one of them can use magic longer.  The cost of using magic is physical and mental exhaustion.

Remember when I said I didn’t really figure out how the magic worked or what exactly Yelena’s abilities were before I started writing the Study books?  That was back in Chapter 5 notes. Well, in this chapter Yelena does something she really shouldn’t be able to do – find her fire amulet.  Oops. In Magic Study, Yelena learns that she can influence living beings, but not objects, fire, etc… so technically she shouldn’t have found her amulet…but being a creative person, here’s an explanation – since Yelena had a mental connection with Irys, she subconsciously uses that link to find the amulet through Irys.  Just like she used Dax to light the candle in Fire Study.

Here's something that looks like the fire amulet - the shape is good, but imagine it bigger (about the size of your palm), all red and inscribed with her name and the date she she won it: 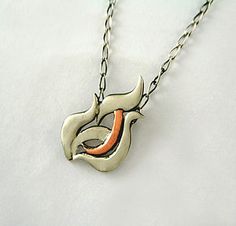 Valek and Yelena team up to find Mogkan’s power source and explore Reyad’s wing.  All kinds of nasties are in there, including his ghost.  Reyad is the voice of her fears—that she is beyond redemption and that she’d never be free of him.

They find the source of Mogkan’s power and it’s the children from Brazell’s orphanage, they’re mindless, malnourished, and chained in circles.  Yelena recognizes a few of them and she sees one of her friends. Before she can do anything Mogkan shows up with 8 armed guards.  Yelena and Valek triggered a magical alarm by crossing the circle and now they’re in big trouble….or are they?  Can they fight 8 soldiers and a magician?

Guess you’ll have to turn the page and find out!

Question 29 – What is Janco allergic to?