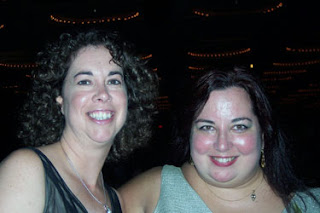 The editor who worked with me on Poison Study (and 11 other novels) is Mary-Theresa Hussey. She's not only a fantastic editor but a lovely lady, and was also good about not inflating my ego. I worked hard for those few smiley faces peppered throughout my manuscripts.  I asked Mary-Theresa to be a guest on my blog and to reminisce about a book by an unknown rookie that came across her desk 12 years ago!

“Locked in darkness that surrounded me like a coffin, I had nothing to distract me from my memories.”

Wow, it’s hard to believe that it’s been twelve years since we put out the call for submissions for the then brand-new LUNA imprint at Harlequin. I remember the feelings of excitement, anticipation and concern about the stories that would come in. I’d always loved fantasy (and romance, of course!) and the opportunity to discover new authors and work with my favorite authors in the genre was just thrilling.

I went to conferences, contacted agents, talked to authors and spread the word. Then I had to sit down and read through the manuscripts that came in. And in one of the piles I came upon the first three chapters of POISON STUDY. I read those lines above and knew immediately I wanted more! After all, who could resist Yelena’s voice from that jail cell? That conflict, that sense of resolution, that determination and that drama captured me and I quickly moved it to the “send for the complete” pile.

But I also had to share the wealth with other editors. Our launch date was fast approaching and we needed to acquire manuscripts.  Helen Lacey, an editor from our UK office, had come to New York for the RWA conference and looked at my "I want more" pile and was also struck by the story. So she was the one who actually requested the manuscript.

However, Helen left the company before she could see the manuscript through to completion. Happily for me, it meant I was able to do the revisions and edits for the manuscript. Looking back at those notes, it is clear that from her very first book Maria had a great sense of story, of conflict and of who her characters were. Her author’s voice and her character’s voice were incredibly confident and strong. And that’s only grown over the years!

To my delight, we continued to work together through the remainder of the Study titles (we actually officially titled those first three titles the Soulfinder series, but it’s rarely called that!), the Glass trilogy, the Inside YA duo, the Healer trilogy, and finally back to more Yelena and Valek stories with her most recent SHADOW STUDY. It’s been an amazing dozen years and titles working with Maria!

Over that time I oversaw POISON STUDY through the original hardcover version, a mass market version, the MIRA trade version, the YA trade version and the audio version. And that was just in North America! As readers around the world got to experience Yelena—and Maria!—we saw the books in the UK (where she’s a rock star!), in Australia, and translated into Russian, Dutch,  (what other countries?) and who knows what else is next? POISON STUDY has been the little story that could—and should—reach audiences of all ages, nationalities, and even those who normally don’t read “those books”. I even had to keep our HR rep supplied with copies to press into the hands of those he felt deserved to experience that story!

Through the years it truly has been a pleasure to work with Maria. We’ve had some differing opinions (I’m still a Kade fan!) but her belief in her vision, her faith in her characters and her determination to tell the best story she could has made each and every one of her novels so memorable for so many readers.

So if you’ve been with her from the beginning (or at least the first publication), congratulations and hooray! I'm glad you're part of that special club whose motto probably is: Maria, can't you write a little faster?  And if you haven’t yet tried POISON STUDY, then what are you waiting for? It’s going to set you on a fantastic journey of one of the best debut titles I’ve ever acquired….

Thanks Mary-Theresa!  Mary-Theresa is no longer working for Harlequin, which is good news for independent writers seeking editors to help them polish their manuscripts before publication (bad news for me).  Here's her website for more information: http://www.goodstorieswelltold.com/