This chapter is full of action and revelations.  Yelena and Valek are locked in Brazell’s small dungeon.  Yelena believes she’s going to die from Butterfly’s Dust, but, in a twist I hope readers were not expecting (but some have told me they guessed it), Butterfly’s Dust ends up being a potion called White Fright and is not lethal.  If a person stops taking White Fright, then he/she experiences withdrawal symptoms, which are horrible cramps and vomiting. Yes, poor Yelena throws up quite a bit in this book, but have you ever been in so much pain you threw up?  And I watched enough track and field meets to see plenty of athletes vomiting after running.  I was aiming for realism, people!

Yelena tells Valek everything about her past, but doesn’t reveal that she has magic.  This is cathartic for her and she, “…purges the black stain of Reyad.”  Then she decides she’ll tell Valek about her magic when the first of many waves of painful cramps hits.

Here are a couple ways I described the pain: “My stomach muscles contracted with such severity that I felt as if someone were trying to rip them from my body.”  And later: “…causing my abdominal muscles to feel as if they were being shredded with a knife.”  Anyone who has given birth might recognize this experience as being very similar to contractions during labor.  I started writing Poison Study after my son was born and had my daughter while working on the book.  The memory was fresh in my mind!

Yelena plays dead after her terrible night and they manage to escape.  Or rather make it look like they escaped.  Instead they hid in an empty cell – a good strategy.  I love this line that Valek says when Mogkan thinks they’re headed for Sitia. “They actually think I would abandon the Commander. They have no concept of loyalty.”

While they’re waiting for the best time to make their true escape, Yelena asks Valek a simple question to pass the time.  Instead, she gets a complicated answer.  Valek tells her about his past and how he met the Commander.  However, his revelations go a step beyond hers.

Perhaps you remember this exchange (which is many of my readers’ favorite quote from all my books):
“Yelena, you’ve driven me crazy. You’ve cause me consider trouble and I’ve contemplated ending your life twice since I’ve known you.” Valek’s warm breath in my ear sent a shiver down my spine.
“But you’ve slipped under my skin, invaded my blood and seized my heart.”
“That sounds more like a poison than a person,” was all I could say.  His confession had both shocked and thrilled me.
“Exactly,” Valek replied.  “You have poisoned me.”  He rolled me over to face him. Before I could make another sound, he kissed me. 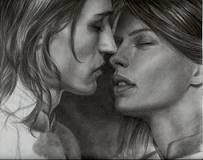 When I first wrote this section, I added another two sentences after the one above and let things “fade to black.”  They made love and that’s all you needed to know.  Well, my critique partners who were romance writers said I needed an entire chapter detailing their union.  Those who wrote children’s and YA said it was fine.  I added another two sentences in revisions and sent it off.  Mary-Theresa (my editor at the time) wanted more—at least another page or two.  I wasn’t comfortable with that, but I did add another paragraph.

Funny story – when Poison Study was translated into Japanese, I received a call from the translator, Yukari.  She told me the Japanese editor wanted to delete that extra paragraph and asked me if it was okay.  Yes, it was. 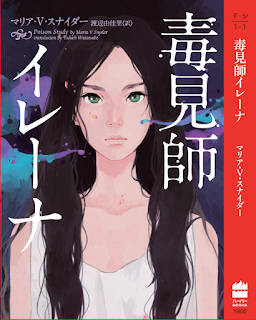 Question 30 – What is the name of the assassin school Valek attended?